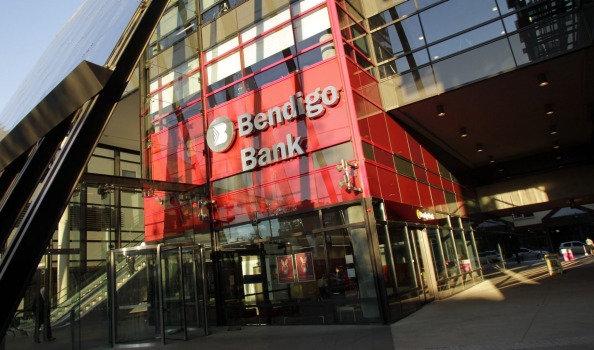 Dubbed 'Up', the separately branded neo play will come in the form of a dedicated and separately branded app, as Bendigo attempts to snatch younger customers disillusioned with the offerings of the Big Four.
Australia's fifth largest retail institution claims the the new mobile-centric service, now in beta, will be Australia’s first fully licenced “all-in-app” mobile banking platform.

It will come with native phone payment and mobile wallet functionality in what is essentially a plastic-free play.

Global payments scheme mastercard has come along for the ride and gets to bolt its mobile debit card product onto Up, a move clearly aimed at enabling online purchases as much as physical point of sale.

The new service heavily pushes the "superpowered debit" component of the offer, a clear shift from the traditional approach of steering customers towards credit cards.
Currently in beta testing and slated for launch in October, 'Up' is squarely aimed at millenials and will feature a bunch of cash management and budgeting features.
These range from advance notifications for looming bill payments to disposable income calculations, according to Bendigo's investor presentation delivered on Monday.

The launch of Up comes as the challenger institution seeks to harness its positioning as a bank with a social conscience - right when most of its larger peers are copping a beating from regulators and the Royal Commission into misconduct in financial services.

The new platform was revealed at the company’s annual results presentation on Monday that produced a $445.1 cash profit, up 6.4 percent overt the previous year.
The positive result came amid  broader increases in tech expenditure that the bank made no apologies for, instead selling the advantage smaller more nimble institutions can exploit.

Bendigo managing director Marnie Baker said a sector-wide focus on the possibilities of distributed ledger technology, biometrics and artificial intelligence was creating a better experience for customers and also a foothold for startup competitors.

“Uncertainty about the pace, scale and breadth of disruption” is providing the impetus for the bank to invest in and partner with innovators in the industry to keep up with the pack.

Operational IT spending at the bank increased 7.5 percent to $77 million, up $5.7 million.Like the CBA last week, a good portion of that opex increase was attributed to a rise in software licensing fees.The bank’s software capitalisation reached $190.4 million for the financial year, down slightly from $196 million the previous year.
Software amortisation also rose significantly, up 34.6 percent or $7 million on the prior reporting period.

The spending on systems is only predicted to increase next year, said chief financial officer Travis Crouch during the results presentation.
Crouch foresees yet another increase in amortisation from this year’s levels “as the bank’s technology investments continue to come into use”.

“Overall, when we look at these investments, I’d expect our amortisation charge in FY19 to be in the order of $10 million higher than what we have incurred in this financial year,” he said.